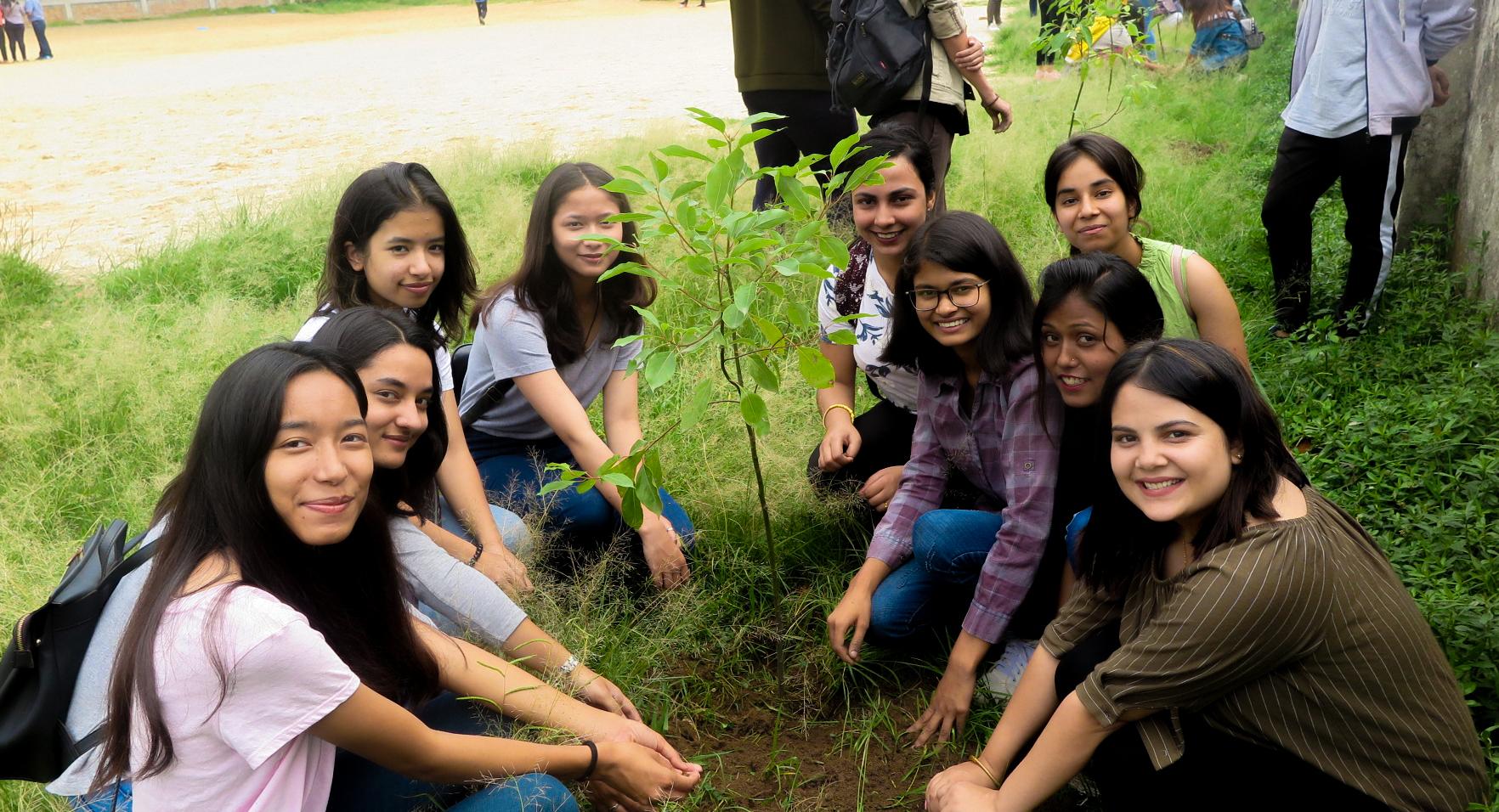 On the 5th June, The British College celebrated World Environment Day and embraced it as a great opportunity to raise awareness about everyone’s responsibility to care for the Earth and become true agents of change. To commemorate this auspicious occasion, The British College and British College Alumni Network (BCAN) joined with the “1 Million Tree Plantation” campaign, organised by Green Touch Nepal, in collaboration with the Lumbini World Peace Forum.

The programme started with a brief introduction to the campaign with some instructions for the participants. We had a team of 80 students along with 9 staff members who participated with great enthusiasm in support of this initiative and planted almost 200 varieties of trees around Bansbari Club Football Ground. In lieu of this, students were inspired and motivated to plant more trees in and around their own surroundings, further contributing to a healthier and cleaner society, which in turn will make a greener Earth. The programme concluded with a short speech from The principal of The British College, where he stressed the importance of such campaigns to defend our environment from growing pollution and other bigger problems such as global warming and climate change. He also spoke of the negative impact of plastic on the environment. He warned against the overuse of plastic by the public and said that if we continue in this manner, the river will soon be inundated with non-biodegradable waste. He also thanked the campaign organisers, Green Touch Nepal and the Lumbini World Peace Forum.

The “1 Million Tree Plantation” campaign was initiated with an objective to combat pollution and climate change. It aims to achieve this milestone in the next 5 years, through continuous and meaningful coordination with the local citizens and conscious institutions like The British College, Kathmandu.