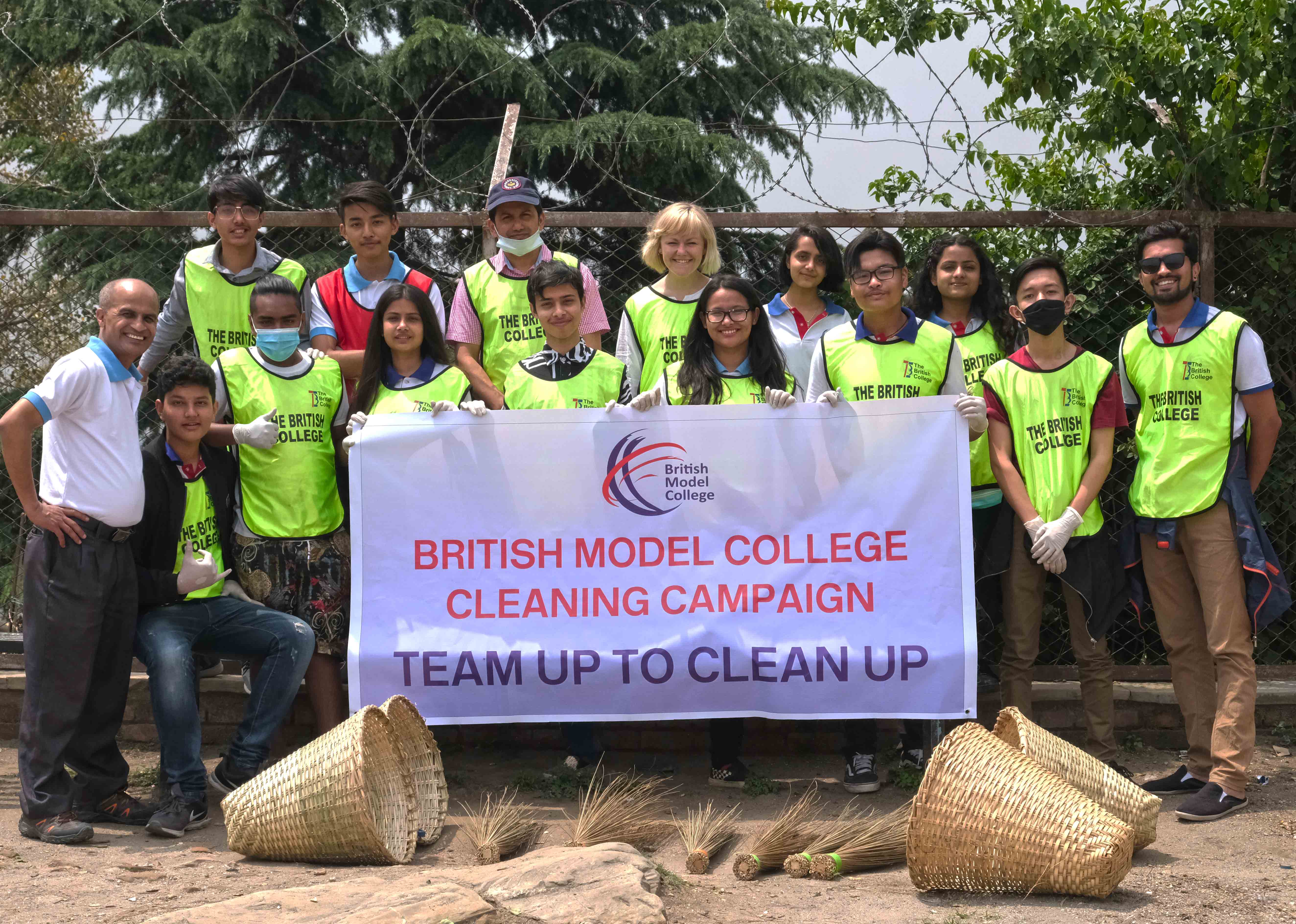 A team of enthusiastic A-level students from British Model College joined together to participate in the Team Up to Clean Up campaign. The students spent the morning picking litter in Kailas Dander, a crowded park set above the cultural heritage site, Pashupatinath Temple on 4th May 2018.

The students and staff roamed around as a group collecting rubbish into bags from the litter strewn public space. The team prioritised plastics, sweeping the whole park, they were even able to inspire some of the local children, out for the morning with their parents to join in the clean-up efforts.

The students say they see it as their duty to engage in community work, in addition to studying at British Model College, Nepal’s premier provider of internationally recognised A-level programmes.

By the end of the morning, they were successful in removing several bags of rubbish, leaving the park significantly cleaner for visitors and other members of Kathmandu’s general public to enjoy. The team reduced the effects of visual and water pollution to the UNESCO heritage site and spiritual centre below.

This program was a great opportunity for the students to get to know the importance of cleanliness and also practice teamwork and cooperation.