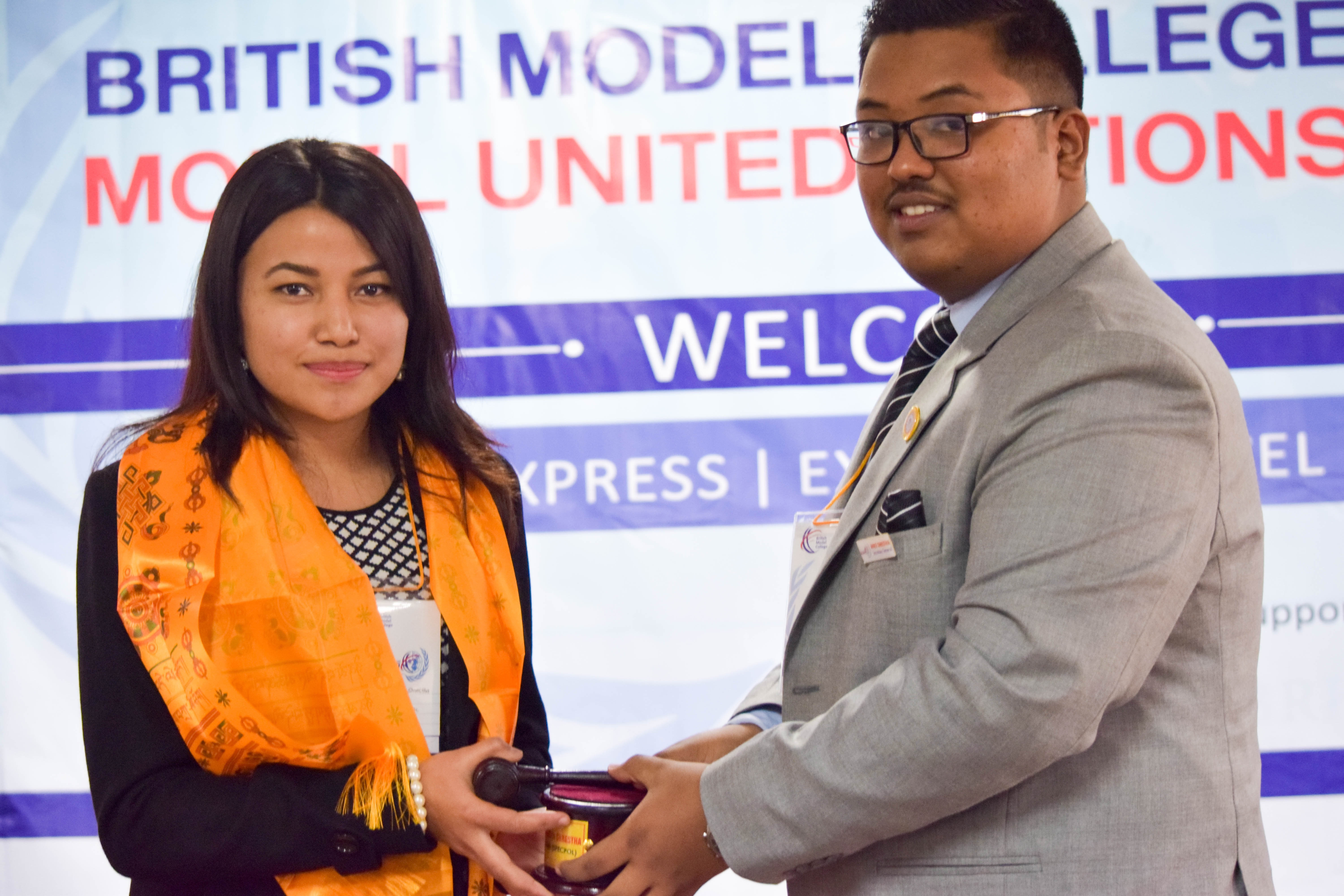 British Model College, a sister organisation of The British College, kicks-off the third annual session of Model UN. The event named British Model College Model United Nations (BMCMUN) 2017 is scheduled from 12th to 14th February and is greeting one hundred and thirty participants from fifteen different +2 and A-levels colleges in the Kathmandu Valley. Model UN is a rendition of the United Nations proceedings, with students role-playing representatives of different countries in UN committees. The purpose of the Model UN is to achieve a greater understanding not only about UN but also of global issues, through an interactive and enjoyable educational experience. It is an attempt to engage students with global challenges, and encourage them to think creatively, with an international outlook to problem solving. Therefore, the third edition of BMCMUN is all focused on 3Es' namely; Express, Explore and Excel.

The event was inaugurated by Mr. BS Rana, film star and Mr. Chandra Tandon, Managing Director of City Express Money. Both gentlemen delivered a few words to inspire the students present at the inauguration ceremony, students acting as diplomats representing different member countries of United Nations. “The world has progressed. Today, we need people who have a critical as well as a creative mind. We don’t just need another set of engineers, who would design a better Smartphone, or a businessman who would find a way to make money, but also diplomats who would be able to solve the international issues at hand,” announced Ankit Shrestha, the Secretary General of BMCMUN 2017. He added that many types of talent can be developed by participating in Model UN conferences - including skills such as teamwork, illustrative and persuasive writing, debating, and negotiation; all of which are important for personal development and future success.

This year’s event will simulate six UN committees and focus on international issues like tax fraud, sexual minority rights, protecting civilians in insurgency zones, dealing with terrorists groups and reformation of the Security Council. This event has and continues to be supported by, London based organisation, Britain-Nepal Chamber of Commerce.