The British College, being a pioneering international college in Nepal, continuously seeks for opportunities to provide our students with unmatchable curricular and extracurricular experience. We proudly aim to make ‘The British Cup’ a culture at the college by organizing it every year to actively engage the students.

The 1st British Alfa Beta Cup was held on 23th & 24th April 2018 at Dhanwatari Futsal, Dhumbarahi where a total of 16 undergraduates’ colleges from various universities participated in the tournament.

After the success of The 1st British Cup, the British college organized the “2nd British Cup: Inter College Futsal Tournament” on the 26th and 27th June at Dhuku Futsal Hub where a total of 29 undergraduates colleges took part in the tournament.

The title winner of the 2nd British Cup was Apex College and the runner up was NCMT College. The event was supported by Norchhok Boutique Hotel, NIC Asia, Chicken Stations, Choicemandu, Mixology and President Travels and Tours.

As one of the most important parts of our extracurricular activities calendar, the ‘3rd British Cup 2022 Inter College Futsal Tournament’ will take place on 4th and 5th August at Dhuku Futsal, Baluwatar.

After 2 years of COVID-19 pandemic the tournament had to be stopped, but this year we hope to make the 3rd British Cup a grand success. The winner of this tournament will receive 1,000,00 rupees as cash prize & gift hampers, and runner ups with 50,000 rupees.  The title sponsor for this tournament is ‘British American Educare’ followed by our supporting partners, Turkish Airlines, Mojo Boutique Hotel, Vayodha, SWA travels & holidays, Kata Khelne, Bright Led and QFX.

With consistent success in prior tournaments and a 2-year gap due to the pandemic, we are even more excited to witness the competition and sportsmanship between the participating colleges to make the tournament thrilling. 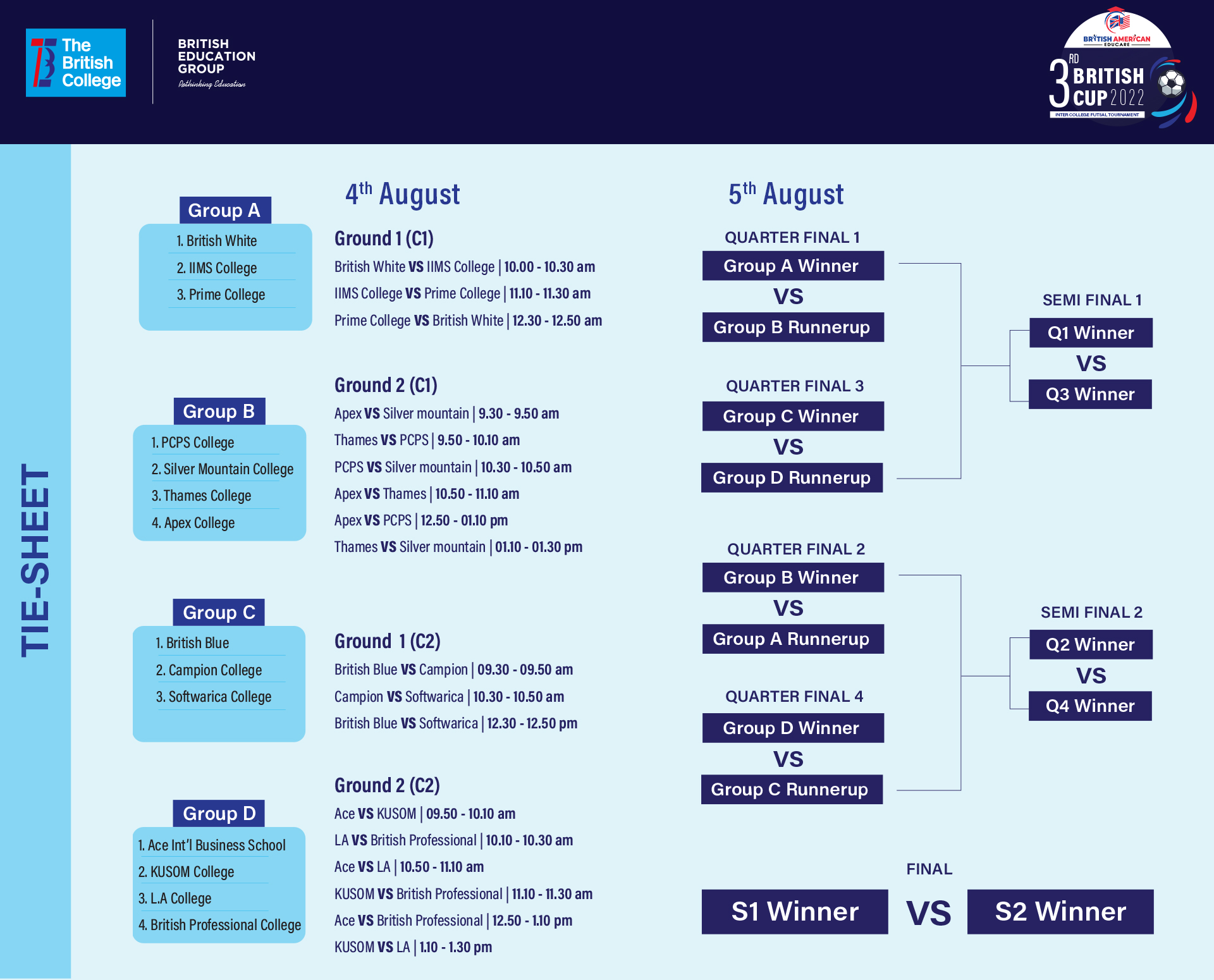