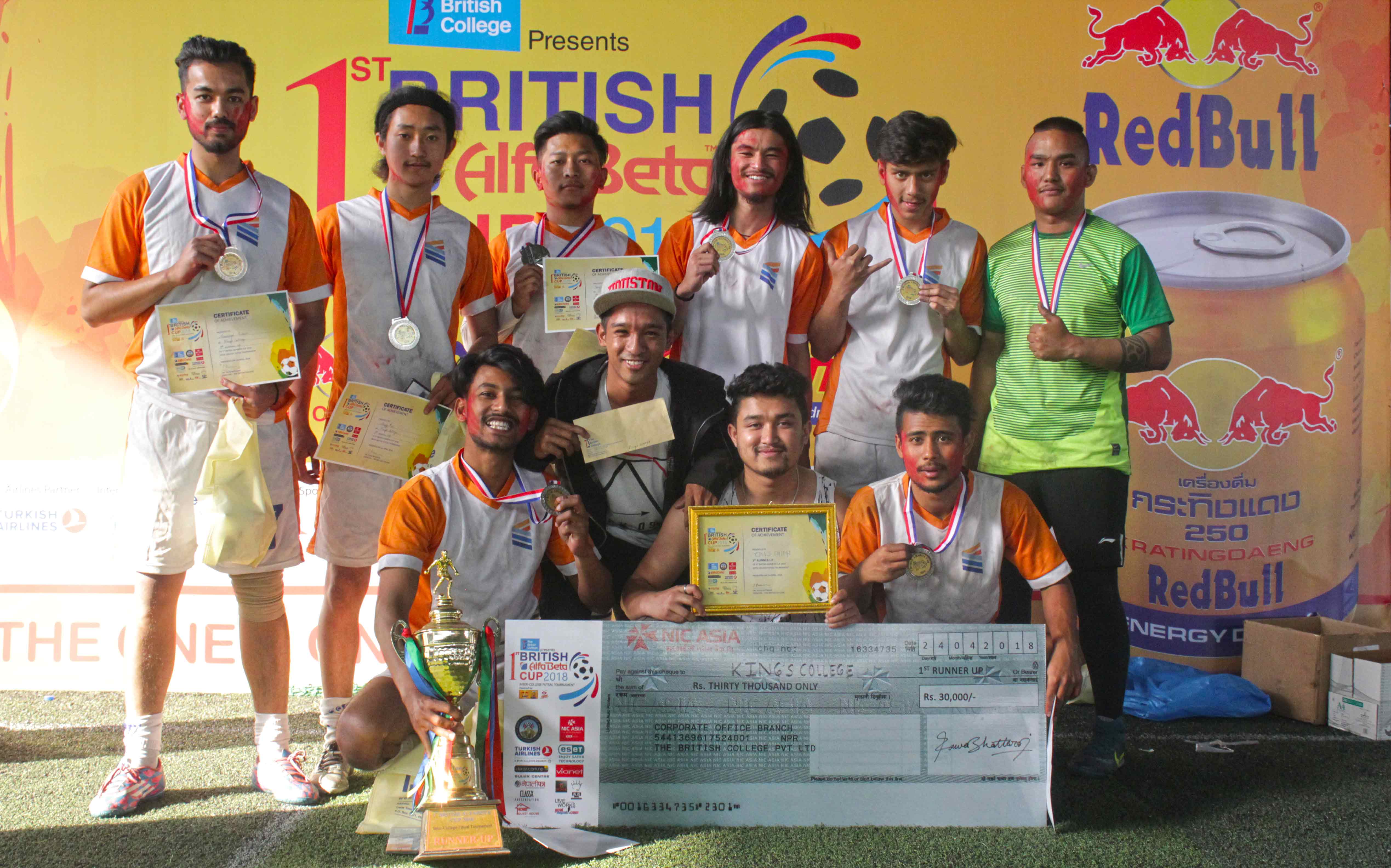 The event was supported by the All Nepal Football Association and Red Bull amongst other renowned national and international brands. Some major partners of this event were NIC ASIA Bank Ltd., Turkish Airlines, Daraz Nepal, ESET, VIANET and Sulux Center.

The competition showcased a display of true sportsmanship on and off the pitch from all participants. A total of 16 Undergraduate colleges from different universities participated in the tournament.

Congratulations to the winning teams, who demonstrated both outstanding technical skills and exceptional teamwork. The British College looks forward to hosting similar events in the future to boost the spirit of sportsmanship in youth today.