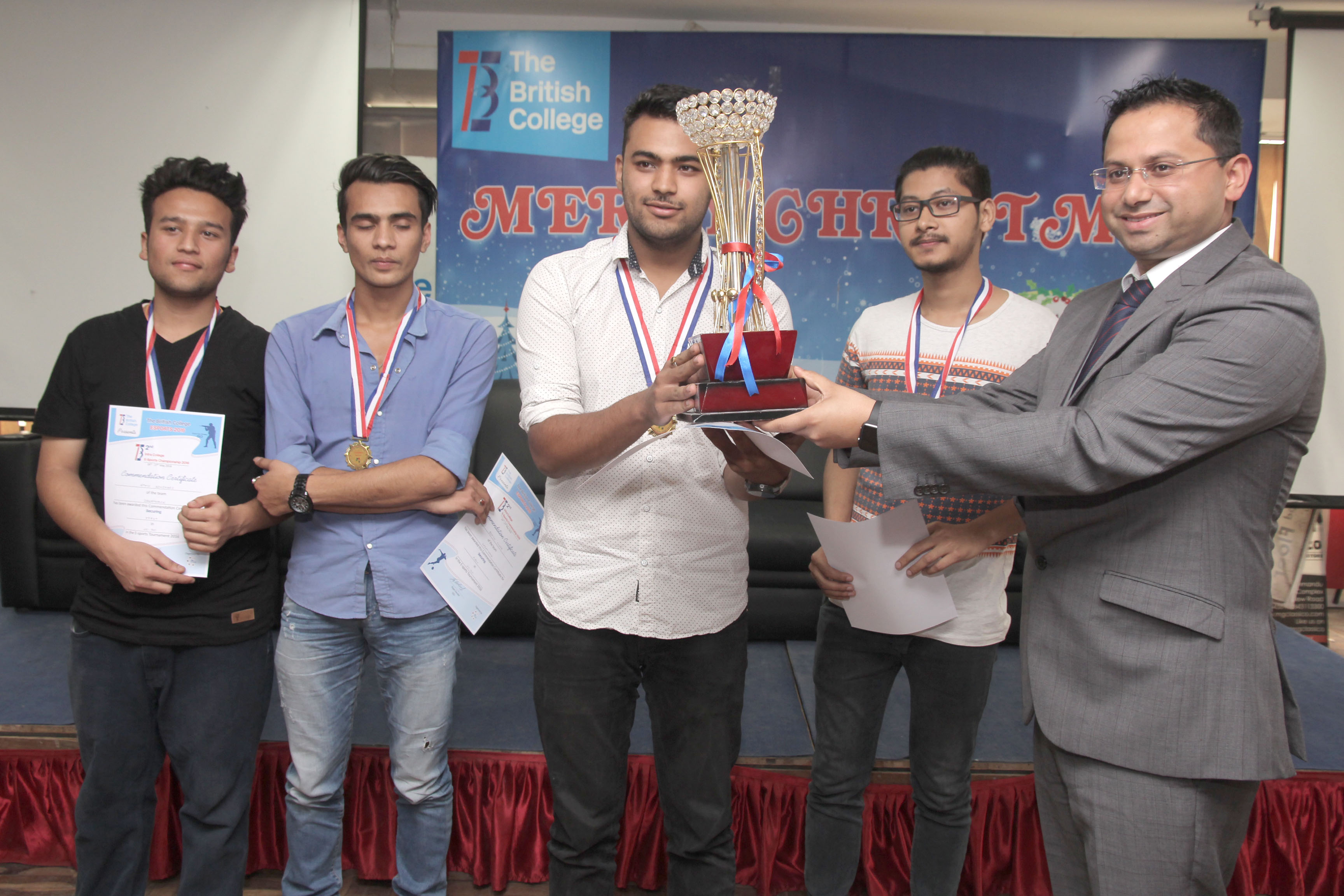 The British College E-Sports Tournament ended on 27th May 2016 in the college premises. It was a grand success as around 100+ students from all levels participated in the 2 day event which included 3 events namely FIFA 16, COUNTER STRIKE-GLOBAL OFFENSIVE and DOTA 2.  The tournament was carried out through the leadership of the IT Club running under the ECA Committee.

In order to celebrate the conclusion of the competitive event, a prize distribution function was organised at the British College today (30th May) to encourage and applaud the efforts of the students who organised, participated in and won the tournament.  The E-Sports tournament has set the bar high in extra-curricular activities, and has encouraged the students to come together to start a game war.

The prize distribution event was graced by Mr Rajen Kandel (CEO of TBC). On the occasion, Mr. Kandel, congratulated all the winners and thanked all the participants for participating with keenness. He inspired the students by highlighting that it is in fact hard work, effort and strong leadership skills, not merely intelligence, which create successful people, whether it is in their study field or in extra-curricular activities. He stated that he was inspired by the hard work put in by students to organise the tournament gracefully. Many of the team members, including the Operations Director, Programme Leader (BSc), and the staff were present to cheer on the students.

The teams, 'Osiris' and 'White Tree' made it to the DOTA 2 finals, whilst the teams 'Dream Hack’ and 'TF5' qualified for the CS-GO finals. The finale was really tough and suspense-filled, and with just a small difference, the game war ended. Due to strong gaming skills, the team ‘Osiris’ of BSc Level 3 and ‘Dreamhack’ of BSc L4 won the trophy for DOTA 2' and CS-GO' respectively. Similarly, Dibya Pradhan of BBA L4, Sameer Jung Rana of BSc L3 and Tenzing Wangdu of BBA L3 bagged the first, second and third positions in FIFA 16.

“The tournament went well showcasing the enthusiasm of youths in the field of E-Sports displaying their talents which might lead our country to a high position in an international event in the coming future,” said a member of the IT Club after the prize distribution ceremony.

A big thank you to all students involved for participating. Finally, special thanks go to the IT Club for both outstanding coordination and excellent photography!