British Group of Member of Parliament Visited The British College 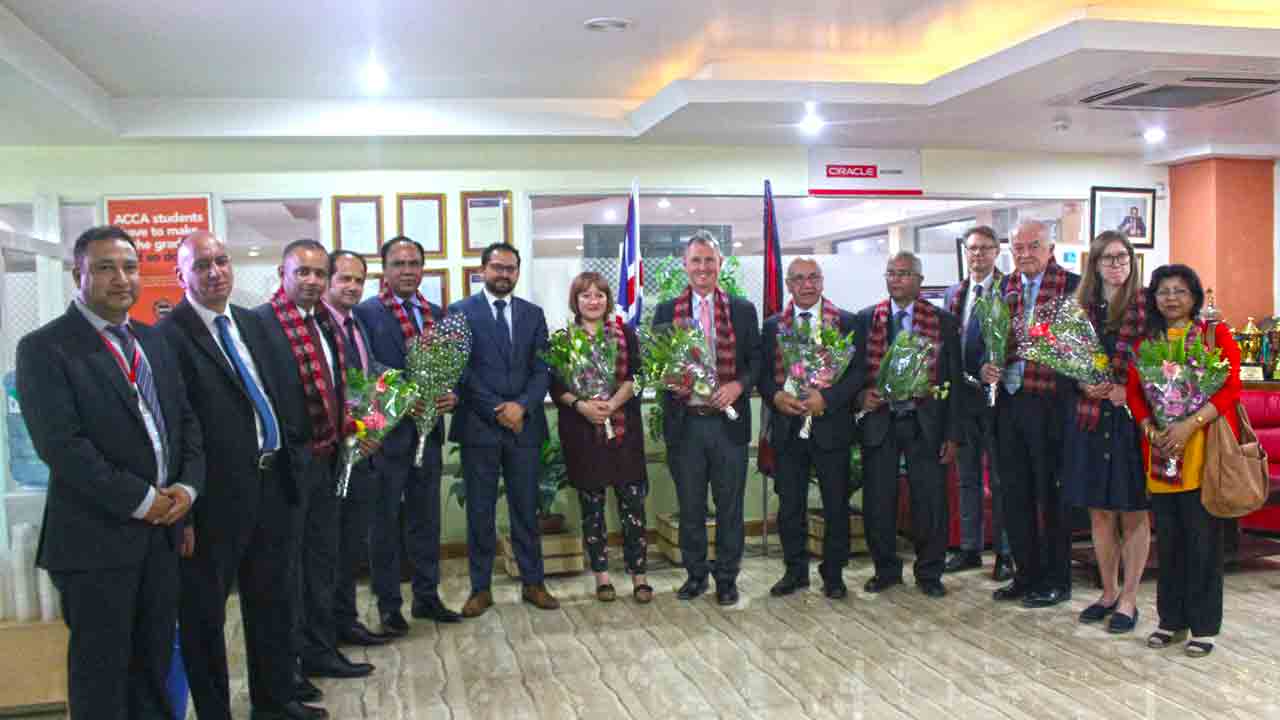 The British Group Inter-Parliamentary Union is part of the global organisation of national parliaments that aims to promote democratic governance, institutions and values, working with parliaments and parliamentarians to articulate and respond to the needs and aspirations of the people.  They work for peace, democracy, human rights, gender equality, youth empowerment and sustainable development through political dialogue, cooperation and parliamentary action.

Mr Rajen Kandel, CEO and founder The British College welcomed the distinguished guests by sharing his own account of how a British education transformed him into a driven business leader with strong connections to his homeland, Nepal, and to his adopted Britain. As a result of these experiences he felt it was his duty to bring English quality education to Nepal, which leads directly to the founding of The British College in Kathmandu. He expressed his hope that the visit would further strengthen relations between the two countries.

College Principal Dr John Bateman echoed Mr Kandel’s words by expanding on The British College’s aim to provide a transformative experience for students in both academic study and personal social development. He spoke of the college’s mission to cater to the career aspirations of local young people and the school’s excellence in meeting the demands of local employers. He highlighted recent successes in student exchange programmes, recruitment of international faculty and 1800 local and the 52 international students successfully engaged in our programmes.

The Honourable Nigel Evans MP, concluded the event by addressing staff and students, praising the proud traditions of the 3000 Gurkhas currently serving in the British army and expressed his pride in seeing the British-style education system, the best in the world, being provided at The British College.  He continued by explaining his own life experiences in gaining a parliamentary seat and the challenges he faced in his 26 years as an MP. He concluded by quoting famous words from Mrs Margaret Thatcher, the famed former Conservative Prime Minister, encouraging students ‘to go out and do great thing’. His message to students was one of encouragement and overcoming obstacles to greater personal achievement and success.

The British College is indebted to the British Group Inter-Parliamentary Union for both the honour of its visit and the strong words of encouragement given to our students.