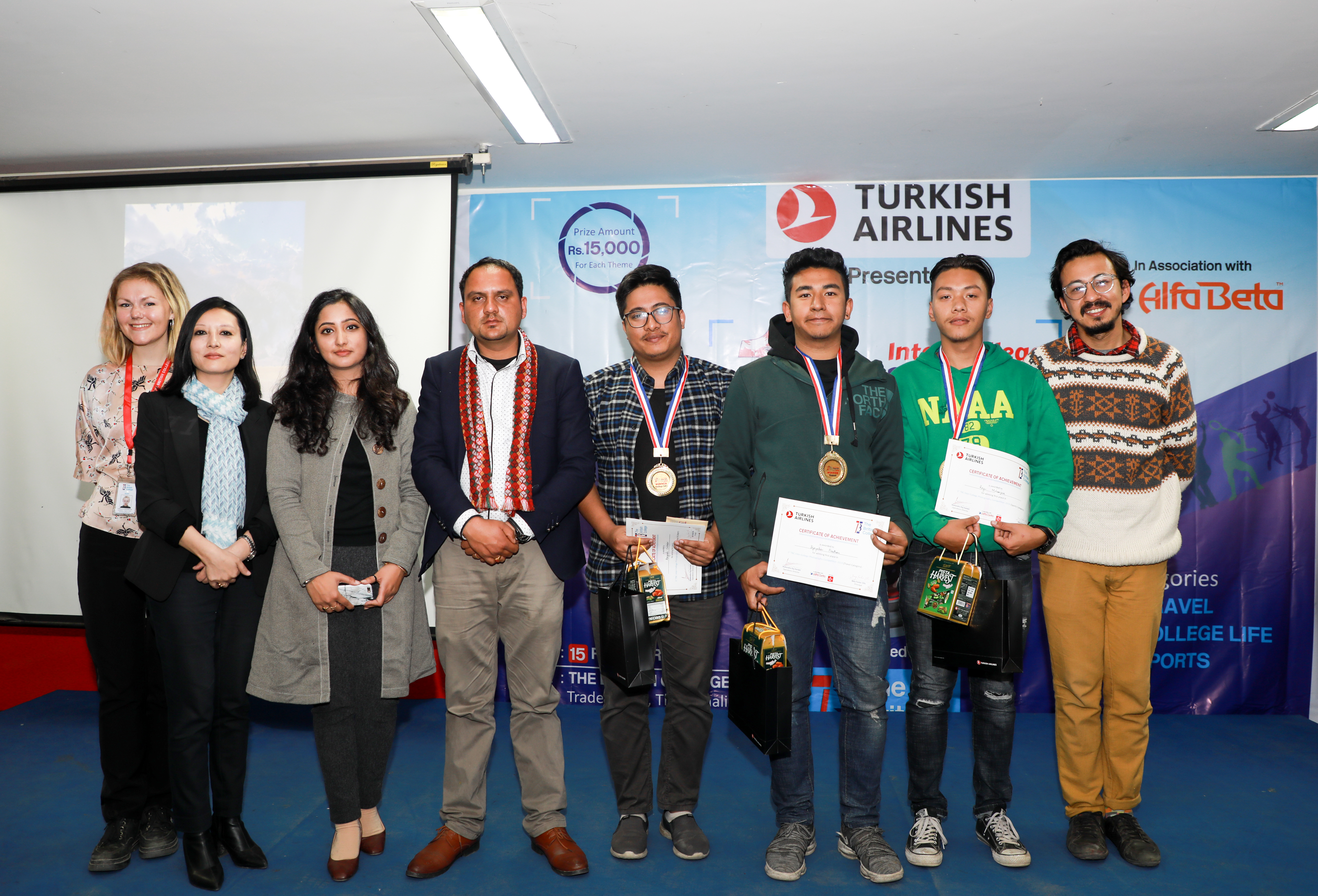 On February 15th, 2019, Friday The British College hosted Turkish Airlines presents “1st TBC Inter-college Photography competition,2019" in association with Alfabeta. Turkish Airlines was associated with the event as the title sponsor of the competition while Alfa Beta, NIC Asia and Nepalipatra were the Gold Sponsor, Sub-sponsor and the media partner respectively. Students from numerous colleges from the city participated showcasing their interest and skill in photography. The British college has always been one ahead when it comes to extra events or programmes.  The commencement of the event was approximately at 10:30 am with a welcome speech by Mr. Joey Foster Ellis to make the competition fair and justified. Two photography experts Mr. Prasit Sthapit and Mr. Pukar Timalsina were introduced as the honourable judges of the event.

The event also provided a fair amount of time and authority to the audience to vote on the photographs among which the top 20 selected photographs were displayed on the screen. The event went on to an informal session where the audience were involved in interactive games as also to provide some time for the participants to be ready for their presentations.

Right after the game session, the 15 shortlisted photos were announced by the judges and were hanged on the wall. The shortlisted participants were called upon individually to present their picture along with a brief description and story behind it.

All participants demonstrated great potential, therefore all of them were honoured with the certificate of participation. Finally, after the celebration, all the audience were allowed to roam around and enjoy the photo exhibition.