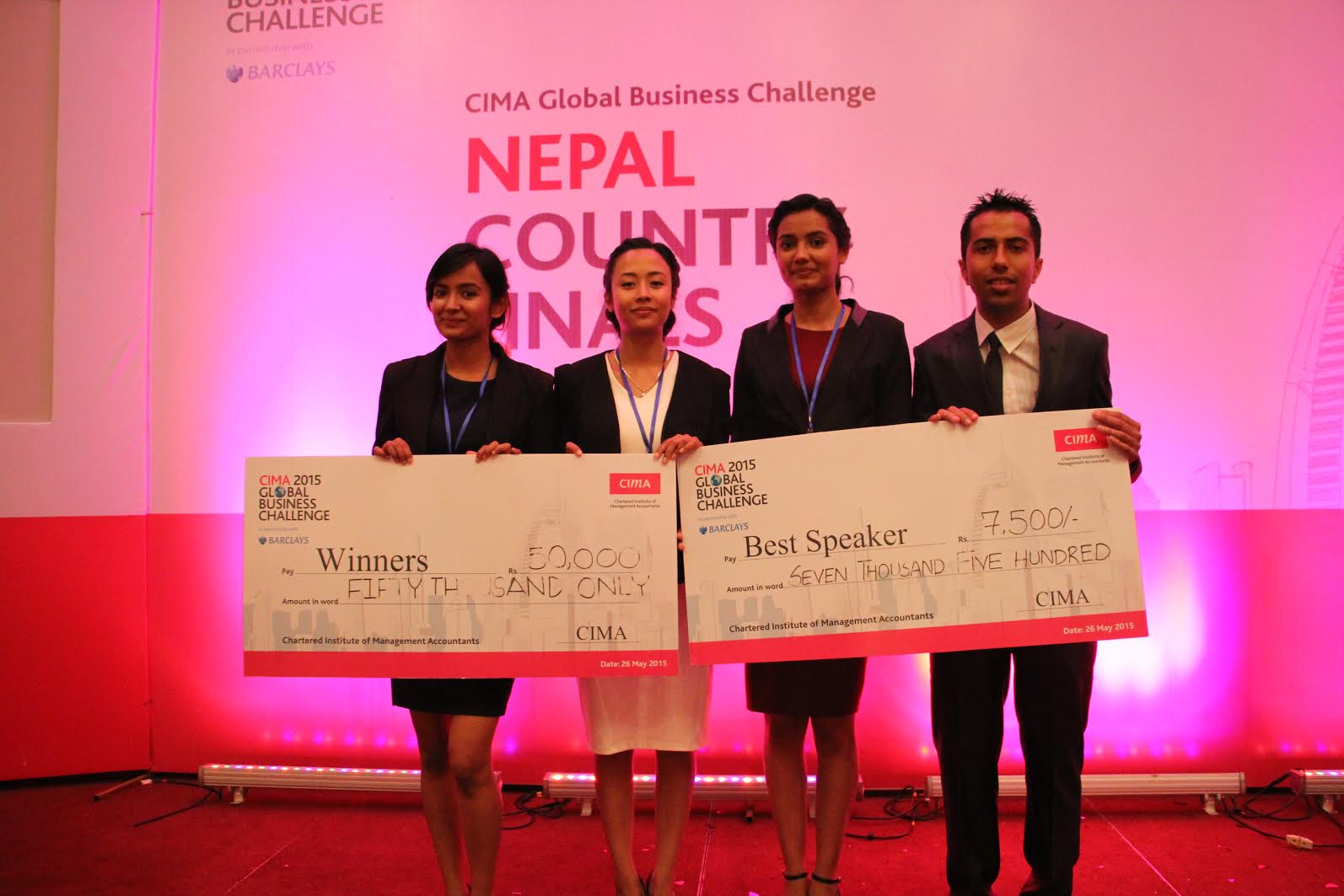 CIMA Global Business Challenge is a competition amongst undergraduate students of the world organised by CIMA (Chartered Institute of Management Accountants, UK) in partnership with Barclays Bank. Globally, the competition has grown from 8 participating regions in 2009 to 26 regions in 2015.

The British College cleanly outperformed the other competing colleges by coming out the Winner and also bagging the Best Speaker Award which was held at the Radisson Hotel on 26th May, 2015. The other colleges in order were Nepal Commerce College, KUSOM and Islington College, This year, there were 148 teams from 37 colleges across Nepal.

Asking about the recent success, team leader Kalpana Pant said, “With this win and success in the Nepal Finals, the motivation and confidence to win the Global Finals has now become stronger and winning the Global Finals would make us all Nepalese proud inspite of the numerous earthquakes still happening.”

This year, the Global Finals will be held in Warsaw in Poland in August 2015 with 25 competing countries. The winning team The Doers of The British College will participate with all expenses paid by CIMA.