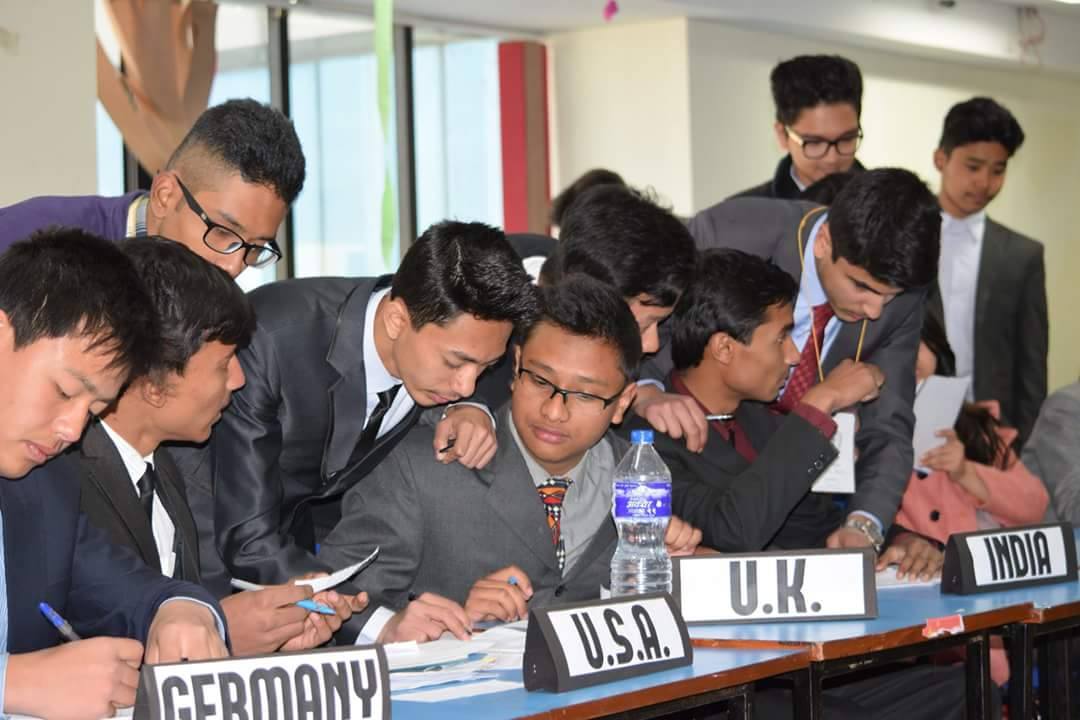 The event was inaugurated by the Chief Guest Dr. Rajan Bhattaria, Member of Parliament, CPNUML . 77 delegates representing different countries of the world from different A Level colleges of Kathmandu valley participated very enthusiastically in the event where they entered into the committee, brainstormed, and discussed various issues and agendas of the countries around the world and in the end reached a collective resolution. Day 2 was chaired by Mr. Rishi Dhamala, President of Reporters Club Nepal.

Day 3, the Closing Ceremony of the event was chaired by Ashutosh Agrawal , Founder Chairperson of HIMUN where all the participating students, media houses, event sponsoring and supporting partners were awarded with certificates and souvenirs.

The event was indeed a grand success!